The Atlantic had an interesting article on online gig platforms where you can even buy love letters.

For just $7—$5 plus a $2 service fee charged by Fiverr—Jelena wrote a 200-word love letter for me. It was great: I told her that my fictional paramour and I had been dating for 161 days, and she added up those digits, which equal the number eight, and made a reference to how flipping an “8” on its side would lead to the infinity sign. “I wanna flip that 8 to the left and spend it with you,” she wrote.

You can buy space in a fake journal. But can you buy also research? At least there is some indication of that.

Graham and his colleagues interviewed Arvin, a university professor in Manila, who, at the time he signed up for a digital platform, was frustrated by his low wages and long commute at the university. Once he started selling his services doing search-engine optimization, he was able to leave his university job and soon made three times what he had made before—about $600 a month—working just 25–30 hours a week. 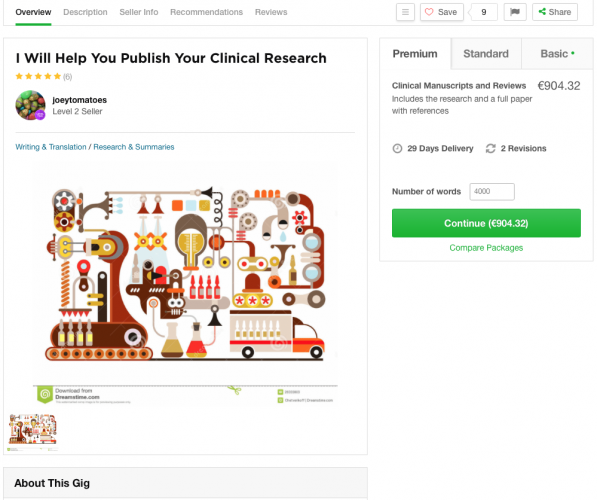 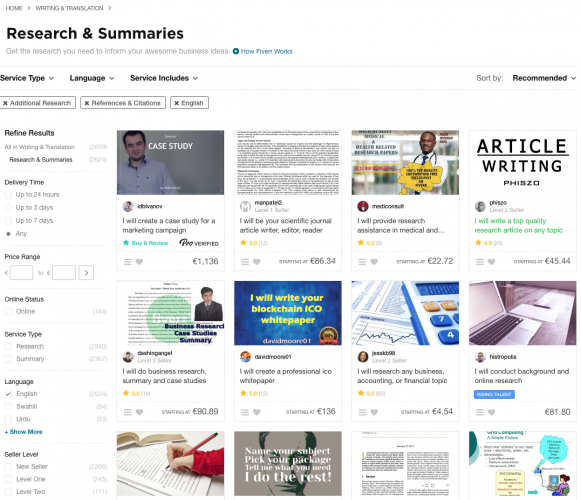 Related posts: The mind has a thousand eyes | Phantastic, the peer-review system is broken | I require 1,000,000 dollars | Truth in science (and religion) | Exodus of science from Germany after 1933 |