In1989, we compared the City of Munich and Upper Bavaria in a big study. Although we did not find so many differences, there is an increased interest now in city – urban differences. Another two papers appeared yesterday, one in Science “Vulnerability of the industrialized microbiota” and one in Environment International “Urban-associated diseases: Candidate diseases, environmental risk factors, and a path forward“. The latter study finds

We found evidence for urban associations across allergic, autoimmune, inflammatory, lifestyle and infectious disease categories. Some conditions (e.g. obesity and diabetes) have complex relationships with cities that have been insufficiently explored. Other conditions (e.g. allergies and asthma) have more evidence demonstrating their relationship with cities and the mechanisms driving that association. Unsurprisingly, air pollution was the characteristic of cities most frequently associated with disease. Other identified urban risk factors are not as widely known: altered microbial exposure and a disconnect from environmental microbiomes, vitamin D deficiency, noise and light pollution, and a transient, over-crowded, impoverished population.

Some of these descriptions may be correct, some are doubtful and some are outright wrong. Different microbial exposure is trivial as it relates to rural conditions but there is no reason to believe that it is causal for allergy. IMHO also the vitamin D story is largely wrong as vitamin D can make you allergic.  Even worse the authors fail to give any evidence for their claim that there is more “insufficiency” in cities.

From our earlier research I believe that newborn children in cities get even more supplements than their rural counterparts. The author provide five references for their claim, of which three can be immediately dropped: Atiq 1998 and Puri 2009 have no urban/rural but SES data. Mithal 2009 is a review only. Harinarayan 2007 and Sari 2017 have data on 1148 (205 rural) and 100 (50 rural) adults respectively. So from 5 references there remain only 2. One is probably too small for any conclusion and the other one is a non representative study if we look at the mismatched sample (1:6) of medical (!) personnel. Values have not even been adjusted for month of examination. So basically there is no qualified study at all. Half truth, whole lie.

Is the Science paper of more value?

Here, we argue that the microbiota harbored by individuals living in the industrialized world is of a configuration never before experienced by human populations. This “new,” industrial microbiota has been shaped by recent progress in medicine, food, and sanitation.

Oh yes, the Sanitary Revolution. Unfortunately it ended in 1910 and not in 2010 where the bulk of microbiome studies started. 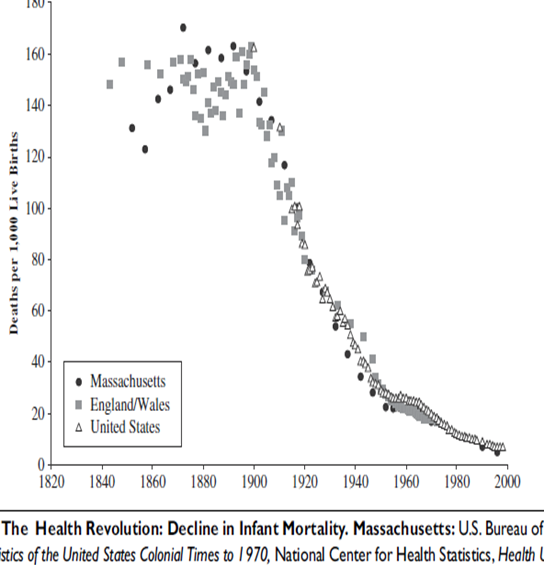 At least the paper asks the right question. Is microbiota change: Good, bad, or neither?

While remaining agnostic about broad connections between change in the microbiota and human health, it is worth considering underlying evolutionary principles that might predict whether microbiota changes are likely to be beneficial, deleterious, or neutral. A very conservative view is that until we have a good understanding of which microbes or communities are beneficial or deleterious, includ- ing how context determines this answer, we should recognize that (i) our resident mi- crobes have the potential to affect our health in profound ways and (ii) individual lifestyle and/or medical choices and population-level lifestyle, medical, and dietary choices can change these communities.

“Whereof one cannot speak, thereof one must be silent.” (Tractatus 7, Wittgenstein)

Related posts: Let us build a city and a tower, whose top may reach unto heaven | Pol III cross country skiing over nucleosome rocks | More river surfing | Farm life does not prevent from asthma | Allergy, Vitamin D Receptor and Parabacteriodes |