I am frequently asked if my reviewer record should be transferred to Publons. I always say no as I don’t see any benefit. Publons according to Wikipedia is a

commercial website that provides a free service for academics to track, verify, and showcase their peer review and editorial contributions for academic journals. It was launched in 2012 and was bought by Clarivate Analytics in 2017 (which also owns Web of Science, EndNote, and ScholarOne). It claims that over 200,000 researchers have joined the site, adding more than one million reviews across 25,000 journals.

So should I really spend my limited time with a pseudo-scientific profile? Even the head scores there seem to be ridiculous as I have done less than 500 reviews so far. Since 1988 and not 2012…. 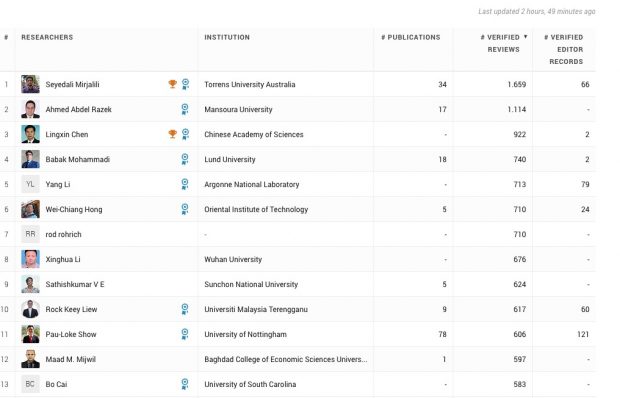 Related posts: Erosion in trust of science | On the impossibility of being expert | Humility | Journal Hijacking | Do ScribeFire and Zotero work together? |