Bruce Alberts, one of the most reputable living scientist, already back in a 2014 PNAS paper

The great majority of biomedical research is conducted by aspiring trainees: by graduate students and postdoctoral fellows. As a result, most successful biomedical scientists train far more scientists than are needed to replace him- or herself…

Competition in pursuit of experimental objectives has always been a part of the scientific enterprise, and it can have positive effects. However, hypercompetition for the resources and positions that are required to conduct science suppresses the creativity, cooperation, risk-taking, and original thinking required to make fundamental discoveries…

The inflated value given to publishing in a small number of so-called “high impact” journals has put pressure on authors to rush into print, cut corners, exaggerate their findings, and overstate the significance of their work.

there is nothing to add.

This question has been answered by an earlier study of Avenell et al.

By 2016 the affected trial reports were cited in 1158 publications, including 68 systematic reviews, meta-analyses, narrative reviews, guidelines and clinical trials. We judged that 13 guidelines, systematic or other reviews would likely change their findings if the affected trial reports were removed, and in another eight it was unclear if findings would change. By 2018, only one of the 68 citing publications, a systematic review, appeared to have undertaken a reassessment, which led to a correction.
We found evidence that this group of affected trial reports distorted the evidence base. Correction of these distortions is slow, uncoordinated and inconsistent. Unless there is a rapid, systematic, coordinated approach by bibliographic databases, authors, journals and publishers to mitigate the impact of known cases of research misconduct, patients, other researchers and their funders may continue to be adversely affected.

Related posts: Der chinesische Menschenversuch | Bioinformatics does it, Allergy does it and Nature does it | This error does not affect the results or conclusions | bibliographic.openoffice.org.call | Allergy prevention – the European guidelines |

Virginia Walbot “Are we training pit bulls to review our manuscripts?”

Who hasn’t reacted with shock to a devastatingly negative review of a manuscript representing years of work by graduate students and postdoctoral fellows on a difficult, unsolved question? … dismissing the years of labor and stating that the manuscript can only be reconsidered with substantially more data providing definitive proof of each claim. … Your manuscript is declined, with encouragement to resubmit when new data are added.
I confess. I’m partly responsible for training the pit-bull reviewer, and I bet you are too.

Related posts: Der chinesische Menschenversuch | Overloading reviewer | Acute reviewer shortage? | An editor is one who separates wheat from chaff and then prints the chaff | Journal of Allergy |

Answer: Be co-author of an autophagy guideline

this is another episode of guidelines paper. More participants listed here – Affiliations listed stopped at 2299 – this means that there are 2299 authors in the manuscript. Unbelievable – how did they manage to get a consensus on what is written. May the first author explain, how the authorship on this guidelines is decided?

Related posts: Der chinesische Menschenversuch | Stagnancy at terrific speed or the impact of impact | Price of poor research can surpass $5,000,000 | I require 1,000,000 dollars | Journal of Allergy |

Mittelman  on the  “The World-Class University and Repurposing Higher Education” 2018:

… the central academic purposes of the university are imperiled. While not universally adopted, they began to take root in the nineteenth century, developed gradually in the nineteenth and twentieth, and encounter novel tensions in the twenty-first. In this century, the triad of core educational missions in nonauthoritarian societies—cultivating democratic citizenship, fostering critical thinking, and protecting academic freedom — is losing footing. A new form of utilitarianism is gaining ground. It prioritizes useful knowledge and problem-solving skills at the expense of basic inquiry…

… have become preoccupied with strategic planning, benchmarking, branding, visibility, rankings, productivity indices, quality assurance systems, students as customers, and measurable outcomes. Before the 1980s, members of the higher education community rarely expressed themselves in these terms.

And it is true – we have been struggling even after 1980 with the mysteries of nature, by designing experiments and studies, trying to make new discoveries and teaching them to our students.

Fast rewind to the “idea of  a university” and the “cultivated intellect” by John Henry Newman (p15) and the usefulness of useless knowledge  of Abraham Flexner. In the last century clearly a need for unanticipated outcome was felt while today basically every research program starts with  a lengthy introduction that this is the most important research because disease D is so frequent or technology T is so important for the environment. Mittelman quotes Daniel Zajfman, 10th president of Israel’s Weizmann Institute, when talking about university rankings

When we look at the values of knowledge for the sake of knowledge, we realise 100 years later what we can do with this. If you look at the history of science, you will find that most of the discoveries were never made by trying to solve a problem, rather by trying to understand how nature works, so our focus is on understanding.

Hoekstra and Vazire on “Aspiring to greater intellectual humility in science”

Indeed – many recommendations are counterproductive for a science career…

and well, a divergent view at PubPeer.

As an avid PubPeer reader, I found a  new  entry  by Elisabeth Bik recently about Andreas Pahl of Heidelberg Pharma who has already one retracted and several more papers under scrutiny.

Unfortunately there are now also many asthma trash papers from paper mills. Another example was identified by @gcabanac, distributed by @deevybee and published at Pubpeer.

In total there are 386 asthma entries at PubPeer. What is  really happening in this field? When I started the field there was just one misconduct case – Ranjit Kumar Chandra. That’s an increase from 1 to 386…

What makes it even more complicated that there is no border anymore to predatory journals if also respected scientists drop their names at predatory journals.  Only recently I received an email addressed to one of my former technical assistants as “professor” inviting her to send a paper…

END_OF_DOCUMENT_TOKEN_TO_BE_REPLACED

The amyloid analysis published in Nature has been commented at PubPeer and also earned a commentary  of Charles Piller in  Science. His “Blots on a field” news story is leading now even to an expression of concern by Nature.

The editors of Nature have been alerted to concerns regarding some of the figures in this paper. Nature is investigating these concerns, and a further editorial response will follow as soon as possible.

IMHO there are many artifacts including horizontal lines in Fig 2 when converting it to false color display. I can not attribute the lines to any splice mark  and sorry – this is a 16 year old gel image, (Basically an eternity has passed in terms of my own Nikon history with 5 generations from D2x to Z9) So don’t expect any final conclusion here as long as we cannot get the original images here.

END_OF_DOCUMENT_TOKEN_TO_BE_REPLACED

Related posts: Der chinesische Menschenversuch | FaRMI | Image modification in scientific publications: 10 rules for acceptable use | Is there an association of CARD15 variants with allergy? | Busy times | 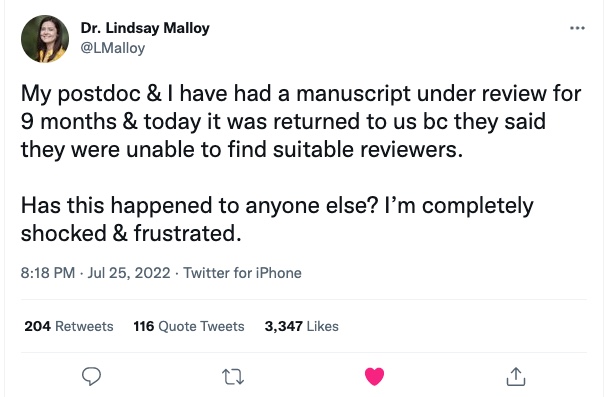 END_OF_DOCUMENT_TOKEN_TO_BE_REPLACED

A phantastic idea by Lisa deBruine – a Rosling type plots which look very much like a negative association.

Related posts: From 3 days to less than 3 hours | A reminescense of opening hours | Snapshot of your working directory | For some, the system is working well | Masks are working! |