The maximum timelapse period of the Session 5 is 60s. Unfortunately the 1,000mAh battery is non-removable allowing only 1:30 video recording and <6h timelapses.

The easiest way would be to buy an intervalometer but unfortunately the developers removed the original project, selling now a device called BlinkX for $315 which is way too expensive if you add shipping ($95) and tax ($50). The device even does not look very professional with all those cables..

Starting with some code found at instructables.com we can wake up the Session 5 for a photo by sending a “wake on lan” packet also know as “magic packet”.

Then we can send various commands:

While that works nicely, I found that Wifi is switched off after 10 minutes making any WOL packet are being useless. Keeping Wifi alive for a longer time also doesn’t make too much sense as it would drain battery too quickly.

So I have been exploring bluetooth control. There isn’t too much information out there but it seems like bluetooth acts as the initial handshake between the camera and the phone. BLE (Bluetooth low energy) stays on after the camera has been powered off. According to some internet sources BLE shuts off after 8h and the battery drains only 2% during that time. That sounds promising as it could expand the run-time up to 1 week. My Session 5 switches off BLE a bit earlier than 8 hour.

by setting this value to the command register. But we don’t need Wifi anymore, only sending a BT shoot signal should do the trick. 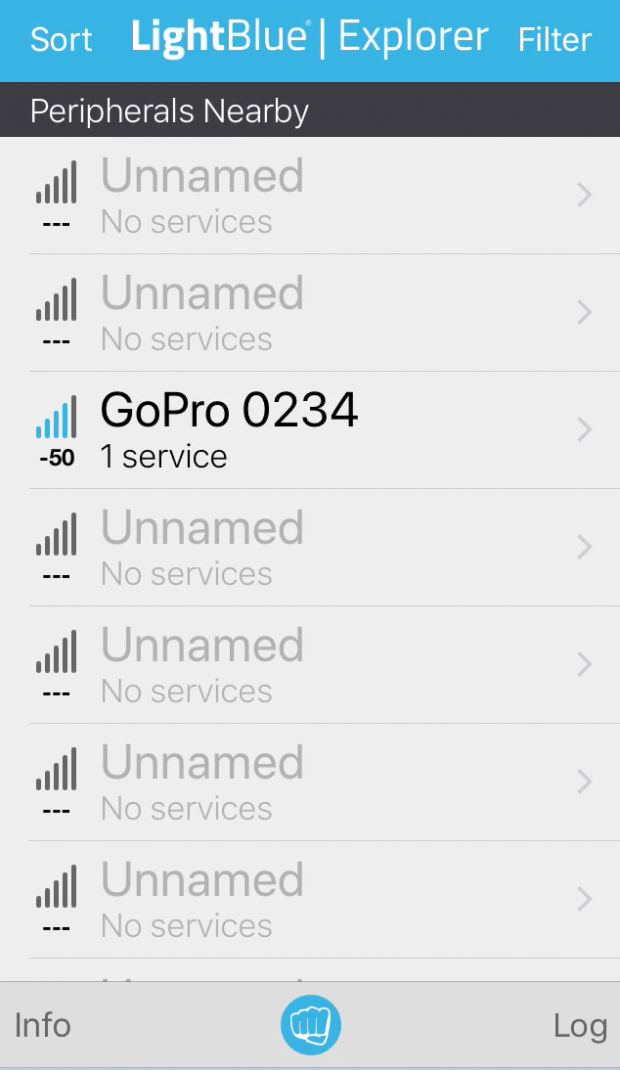 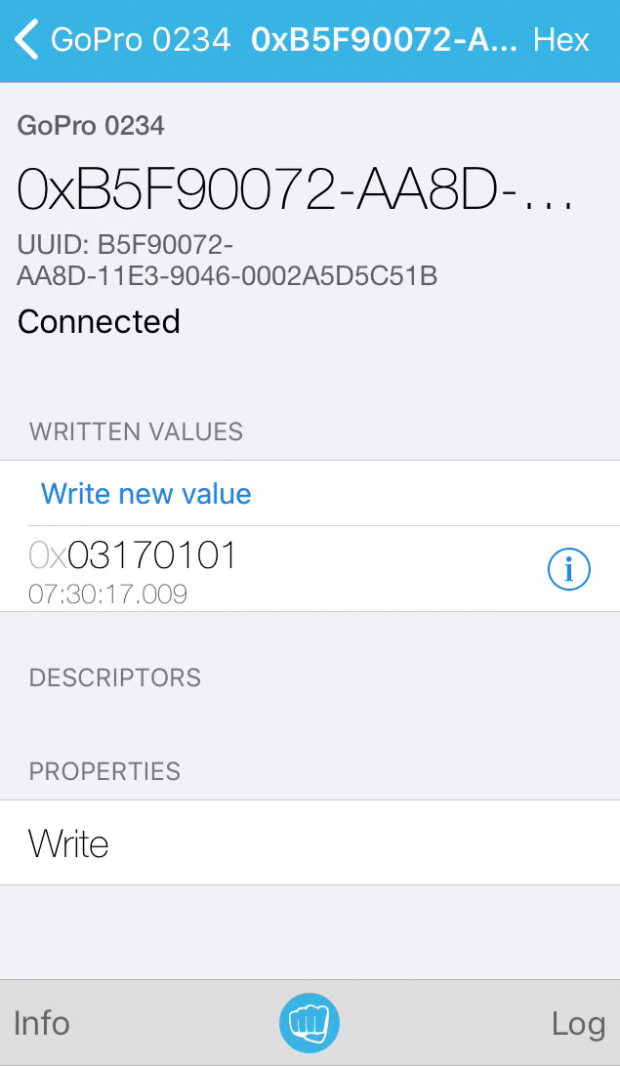 I think to port now everything to a Raspberry as others did before.

Maybe an old Android phone could do that job as well without carrying around another device. So I have setup an Android app that is currently under field testing.

Looks like a simple app can completely replace the REMO as mobile phones also include voice control. At least in theory.

In practice it turned out that the Session 5 occasionally does not always respond to a connection attempt from the phone. The device switches on unexpectedly at other times or remained in an unresponsive state for longer time periods. Try yourself  GoProTimer.apk, protect the app from energy saving and give me some feedback. BTE is very unstable. 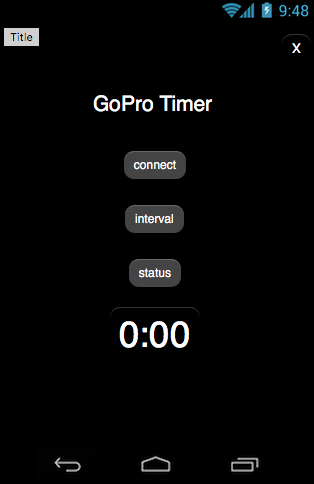