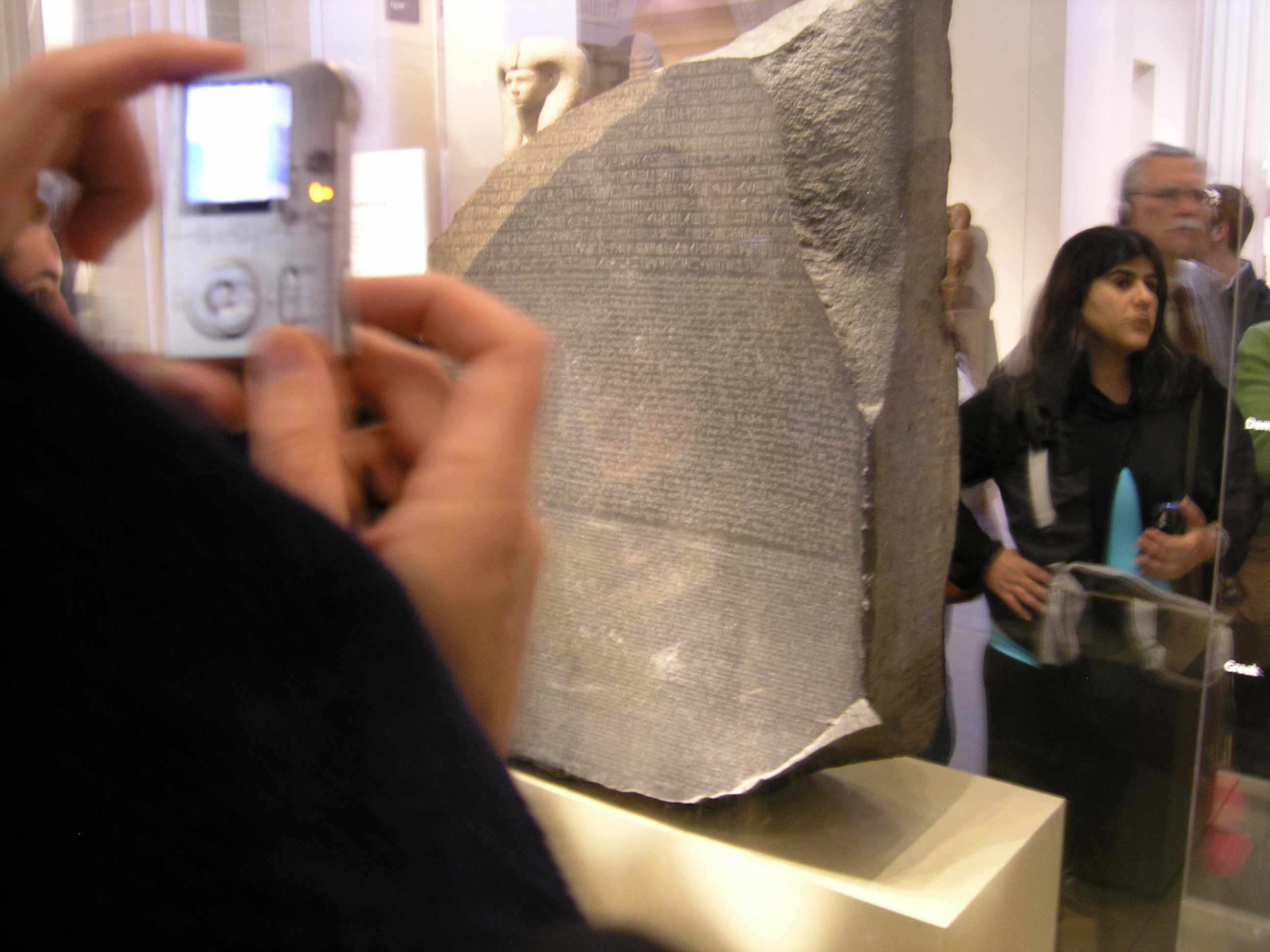 The Rosetta stone (I took the picture above earlier this year in the British museum) has become the key to decipher Hieroglyphic as it contained the same text also in Demotic Egyptian and Greek. Discovered by a French in 1799, brought to England in 1802 it become eventually translated in 1822 by Jean-FranÃ§ois Champollion.

There is a nice analogy to DNA-RNA-protein sequence. George Gamov was probably the first to postulate a three-letter diamond code while the first evaluation dates back to the 1961 groundbreaking experiments by Marshall Nirenberg (who received the Nobel Prize in Physiology or Medicine 1968). The genetic code in contrast to natural languages is highly degenerated as there are four bases at three possible base positions and therefore 4^3 codons but only 20 different amino acids.
That can all be found in undergraduate text books; how the code evolved is far from being clear. Either amino acids have a selective chemical affinity for the base triplets; other theories are that primordial life created new amino acids as by-products of metabolism with the origin of the code in the tRNA world and that natural selection organized to some extent the codon assignments of the genetic code to minimize the effects of genetic errors. It is now possible to encode also unnatural amino acids in yeast, which might further clarify the origins of the genetic code. Yea, yea.