This is not a joke – we can easily drop the last 3 or 4 nature genetics volumes for ignorance of basic facts. I have written here many times about the usefulness of current GWAs but missed the details of a Cell paper by McClellan & King that I am wholeheartedly supporting (although not all other science bloggers)

It has become commonplace in the genetics community to aver that genome-wide association studies have led to the identification of hundreds of SNPs as “risk variants” for common diseases, while acknowledging that most of the heritability for these traits remains to be explained (Manolio et al., 2009). We agree with this conclusion: that most of the inherited basis of common traits remains to be explained (Goldstein, 2009). We further suggest that many GWAS findings stem from factors other than a true association with disease risk. The bases of our concern are both statistical and experimental […]
How did genome-wide association studies come to be populated by risk variants with no known function? Standard genotyping platforms are designed to screen common SNPs, which were selected to be the most variable among individuals. As described above, evolutionary forces have led to most common variation being neutral. Given that common variants are surveyed, it should not be surprising if most reported associations are neutral.

It has become common practice to describe risk variants derived from GWAS as “in” a gene, suggesting that the gene harboring the variant influences the disorder. But “in” in this context has a purely physical meaning: that the risk variant lies somewhere in a genomic locus that also includes a gene. In the human genome, approximately 35% of base pairs lie in introns, and therefore approximately the same proportion of SNPs lie “in” genes.

Finally, as probably somebody in 10 or 20 years wants to retrieve the names of current nature genetics editors, here they are: 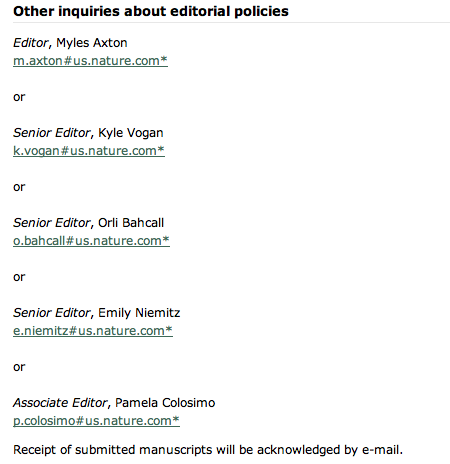