But why did they authors not even cite our study from 2004 (Hyppönen et al. Infant Vitamin D Supplementation and Allergic Conditions in Adulthood Northern Finland Birth Cohort 1966.  Ann. N.Y. Acad. Sci. 1037: 84-95) ?? 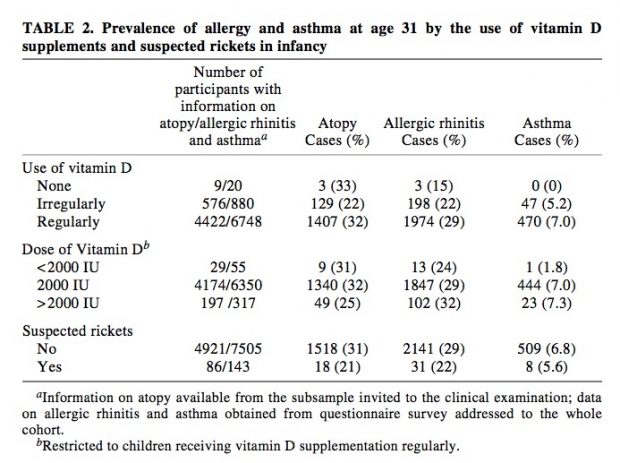 Although our interest was more with allergy there have been clear effects on asthma  that have been confirmed now two dozen times.  Why did the authors miss that effect?

So, still not need to drop the vitamin D hypothesis.