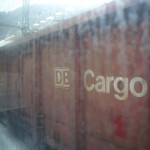 Truthiness was the 2005 neologism in the large country somewhere over/under our horizon (depending on what horizon you are looking). Truthiness was invented by Stephen Colbert to characterize the thinking of the president of this big country. It seems to characterize the closed world view that relies on “facts” only – like mass murder weapons in Iraq that were never found but justified the invasion of Iraq.

Cause face it, folks; we are a divided nation. Not between Democrats and U.S. Republicans, or conservatives and liberals, or tops and bottoms. No, we are divided between those who think with their head, and those who know with their heart.

Farhad Manjoo in “True enough. Learning to live in post-fact society” basically says that we tend to realize only what we want to see. Maybe this is not such a stunning new thought but it is true that this kind of “naive realism” is also largely prevalent in current biological science. I have been on a meeting yesterday in Potsdam and I can’ believe how a MPI director opened his talk

You may take this as a personal blackout if you believe in human life in a more complex process than just translation of genomic information. But facts need to be interpreted to become knowledge and that needs expertise and skills acquired by a person through experience or education and the theoretical or practical understanding of a subject. An ordering system for all those facts is important but here is another danger of truthiness in science. Ordering systems and school of thoughts get frequently so imperative that they allow only for observations “fitting” into categories. Easy to understand, at first blush logical … and wrong. How do others behave? is getthing the most important question when being part of a system that decides on its allocation of funds. We may think of the tradition-directed individual in Riesman’s Lonely Crowd. Peer review supports mainstream research; researchers are preferring congresses mainly from their field; some even don’t attend any scientific session there. If there is any doubtful truth, it is repeated over and over again until being true, yea, yea.
(This post reuses some ideas from a paper in SZ 8/10/08 p15).

Related posts: The logic of science? | Evolutionary psychology and science: The full error list | The price we have to pay for better science | Tit-for-tat or altruism in science | Celebrities on science |