With the new European ruling of Safe Harbor, I anticipate that all major US companies will just give you an extra click to accept their updated licenses. And everything will remain the same… 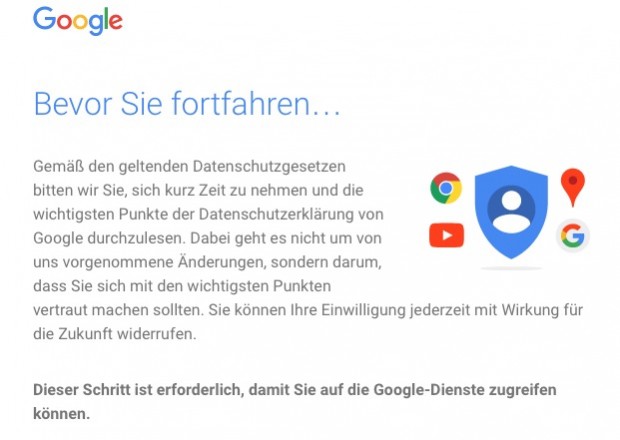 But there is a true option:  Set up your own cloud. “owncloud” (OC) is a mature product and  is able to replace Dropbox with native OS X, Windows, iOS, Android and web clients.

Just copy all files from your Dropbox Folder to the new hot sync ‘d OC folder.

Export all calendars as single ics files and  upload them via BusyCal to OC. Export also all contacts as one big card and upload them via BusyContacts.I was fiddling around several hours with awk, splitting files and uploading them via the web interface – while the above solution saved a lot of time. The only real problem that I had was a somewhat inconsistent WebDav implementation in OS X El Capitan.

I exported all RSS feeds as an OPML file from the Feedly website and uploaded it at the OC news page. Unfortunately Readkit (Mac) doesn’t support OC, so I am stuck with the web display. Neither does gReader (Android) while there is a good news reader app on F-droid.

Mail required an extra line in config.php as some webhosters (1&1) do not support owncloud’s standard setting

SMS sync works flawless if you rename the app folder to “ocsms”.

As a last step I exported all bookmarks and uploaded them to the OC bookmark site after patching the iframe issue manually.

Altogether, this was a 1.5 day investment into a safe data harbor. Maybe it is also a  good idea to force now SSL connections and think about some backup strategy and intrusion detection… So far, I have no concurrency sharing of Sente’s database and all PDF files, so there is still something to do. 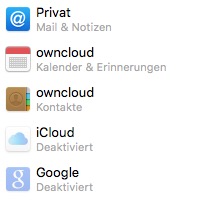