Teilhard de Chardin was one of the few theologians who had also a sound scientific background. He worked in the paleontology laboratory of the Musée National d’Histoire Naturelle; in 1913 he took part in excavations in the prehistoric painted caves in the northwest of Spain – more information at

His verses reminds me to Jeremiah 1:5 who already expressed 628 BC a clear view of our pre-existence: Before I formed thee in the belly I knew thee; and before thou camest forth out of the womb I sanctified thee. Is there really so much difference to what we currently believe about meiotic events?

Doing science and seeking truth may be occasionally unkind to others. Watching a beautiful movie (“Babette’s Feast“, Oscar 1988) I was deeply moved by the speech of the officer Lorens Löwenhjelm about “Barmherzigkeit und Wahrheit” or “mercy and truth” – it goes back to

Ps 85:10 (KJ) Mercy and truth are met together; righteousness and peace have kissed each other.

Related posts: Truth in science (and religion) | Genetic code and God’s language -cont’d- | Tit-for-tat or altruism in science | Aleph (Codex Sinaiticus) online in 2009 | Exodus of science from Germany after 1933 | 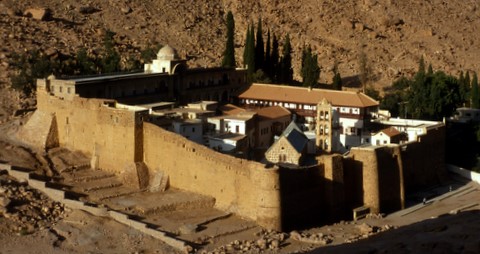 A book that crossed my desk only very recently is about the exodus of science from Berlin after 1933. As a child I never understood the second commandment when God said to Mose that

Ex 20:4 I am a jealous God, punishing the children for the sin of the fathers to the third and fourth generation of those who hate me, but showing love to a thousand {generations} of those who love me and keep my commandments.

I always thought the idea to be unfair to be under collective guilt. Nevertheless when reading this book (published already in 1994 by Walter de Gruyter) we get a deeper meaning how science is affected for many generations by the displacement of the most prominent scientists.
Particular important in this book is the first chapter of Hubenstorf and Walther that highlights the situation in Berlin. Following world war I, Berlin had become the indisputable center of most scientific disciplines in the German speaking territory. In some disciplines Leipzig, Vienna or Munich may have been competitors, economics had been strong in Kiel, mathematics and physics in Göttingen, history in Marburg, however, for most scientists Berlin had been the highly desired “endpoint” of their career. he Friedrich-Wilhelms university had been the largest university, but there have been many more science organizations like Technical University Charlottenburg, Deutsche Hochschule für Politik, Preußische Akademie der Wissenschaften and Kaiser-Wilhelm-Gesellschaft (that is covered in more detail in another excellent chapter).
Medicine has been hit hardest during the Nazi period by having a large number of Jewish scientists. The resulting repercussions in the realm of science are described at different levels. Starting with a typology of transformation of scientific institutions, the establishment of new disciplines and the establishment of a military science sector, the autors give many historical details about the ways of scientific publishing or the organization of displaced scientists.
The cancer research department of the medical faculty fired 12 or 13 scientists; the hygiene institute dismissed 8 of 12 scientists including later Noble prize winner Erwin Chargaff. Hospital Lankwitz fired all physicians, Neukölln 67%, Freidrichshain 62% and Moabit 56%.
It is a terrible story – you can read how the editor of the Deutsche Medizinische Wochenschrift Paul Osswald Wolff was replaced by a Nazi supporter. Karger publisher even moved from Berlin to Basel (where they still reside today).
As any good science is strongly connected to teaching it may be understood that breaking this tradition has lead to a punishing of the children for the sin of the fathers to the third a fourth generation. Science politicians may even recognize the downside of spending money into science: they will be blessed by thousands of generations.

No, this essay will not deal with altruism in science but with the science of altruism. There are two new papers from the Fehr group (one in Science on Nov, 3 about diminished reciprocal fairness after magnetic stimulation of the right prefrontal cortex and a second in Nature on Aug, 24 about altruism in two indigenous groups in Papua New Guinea). I was, however, much more impressed by their recent review of human altruism.
Cooperation between genetically unrelated groups is a typical human behaviour (otherwise seen only in ants, bees and the naked mole rat) where there seems a strong reciprocity between selfishness and altruism. Cooperation is rarely stable and may deteriorate under worse conditions. Altruistic rewarding and reputation seeking seem to be the most powerful determinants of future donors’ behaviour where effects of punishing behaviour seem to be underestimated: Cooperation in larger group continues only if punishment of defectors and non-punishers is possible. 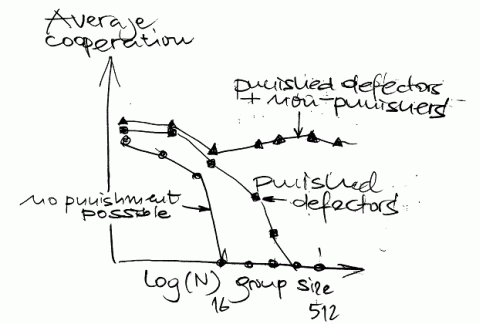 Related posts: Truth in science (and religion) | Genetic code and God’s language -cont’d- | On the limits of science | Do not run after a cart that will not take you | Nice to know |

There is a new book by Francis Collins “The language of God“, one of the leading persons in human genome sequencing. As the commentary says:
END_OF_DOCUMENT_TOKEN_TO_BE_REPLACED

A recent interview of Jane Glitschier in PLoS genetics with Tom Cech nicely shows the relationship of truth and research: “There is a search for absolute truth in research. You never get thereâ€”but there are criteria by which you judge how close you are. You’re always criticizing yourself and criticizing your colleagues, and they’re criticizing you. And there is a test, very often, that you can do to decide who’s right.”

Here is a difference between science and religion — Jesus told his disciples, “I am the way and the truth and the life” (John 14:6). Yea, yea.

The Jewish siddur, the Buddist mantra and Christian prayer all contain repeating elements. Why does our genome also has has so many long and short interdispersed repeats – to give life a stable background on an ever changing environment? Yea, yea.

Related posts: Role of Faust | The best human genome cartoons | Where we recombine | A hitch in the glitch of the switch | From misunderstanding to dogma |