For a forthcoming article, I need some statistics to illustrate how PubPeer performs.  AFAIK know there is only one report from 2021 so  I had to try something by my own.

END_OF_DOCUMENT_TOKEN_TO_BE_REPLACED 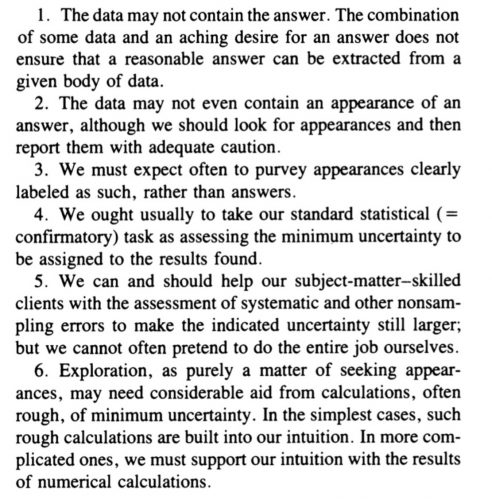 Related posts: Cause and effect in observational data: Magic, alchemy or just a new statistical tool? | Anonymizing genetic data | The explosion of data comes with implosion of understanding | How to merge local and remote data in the browser | How our personal data are being traded |

Slashdot has a feature on that

Statisticians have long thought it impossible to tell cause and effect apart using observational data. The problem is to take two sets of measurements that are correlated, say X and Y, and to find out if X caused Y or Y caused X. That’s straightforward with a controlled experiment… But in the last couple of years, statisticians have developed a technique that can tease apart cause and effect from the observational data alone. It is based on the idea that any set of measurements always contain noise. However, the noise in the cause variable can influence the effect but not the other way round. So the noise in the effect dataset is always more complex than the noise in the cause dataset. .. The results suggest that the additive noise model can tease apart cause and effect correctly in up to 80 per cent of the cases (provided there are no confounding factors or selection effects).

Based on these deliberations we propose an efficient new algorithm that is able to dis- tinguish between cause and effect for a finite sample of discrete variables.