The new Lancet has a paper from our own group as well as another one from ISAAC. We have already suggested earlier that asthma is a iatrogenic disease- the ISAAC paper now confirms at least the long suspected association with paracetamol use – gratulations to my London friend who had been working so long on this hypothesis. The accompanying editorial puts in into context:

Furthermore, although many important potential confounders were included in multivariate analyses, confounding by underlying respiratory disease, differences in hygiene, and use of other antipyretics might also explain the findings.

To put it more on a general level – more iatrogenic factors cannot be excluded, yea, yea.

Related posts: Not all that wheezes is asthma | Asthma – a disease of the gut | Notes on asthma in Africa | Asthma no more a disease but a symptom | Where is the asthma gene? |

I wonder about the title of a new nature medicine editorial

It is not so much the unwanted analogy to aspiration; the paper simply hasnÂ´t to do anything with breathing. It is a poor narrative of a concomittant NM article repeating many of its prejudices. Although the authors would like to let you belief that they have discovered allergen transfer into breast milk, this is known END_OF_DOCUMENT_TOKEN_TO_BE_REPLACED

Related posts: Tis strange – but true; for truth is always strange | Asthma – a disease of the gut | Contrary or Contradictory | Higher metabolic rate or better signalling | Genetics of 25-hydroxy D3 | 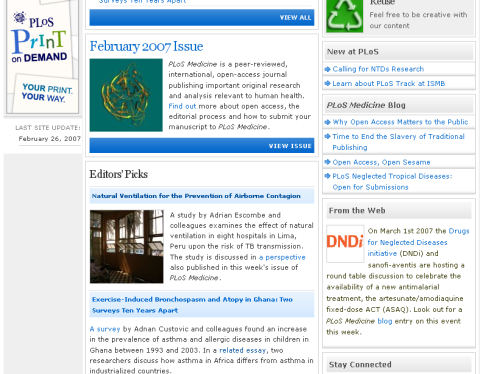