This is not a trivial task as most browser produce garbage when printing to pdf. Also screenshots do not help so much with multipage threads. “Unroll” also doesn’t work reliable.

So I have been using the archive.today plugin before producing the pdf,  but this method is time consuming  as it needs a captcha. 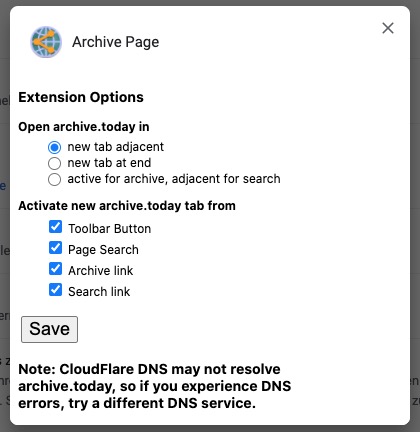 Having now Selenium running in a docker container, there is a more convenient solution where  just two lines of R are sufficient

Login is also possible as explained at github…

Related posts: Corrupted file list in Next Cloud | A strange survey at Slashdot | How to merge local and remote data in the browser | If it wasn’t actually you | A Mac OSX journalling error can inhibit the boot disk to be mounted |

There had been a repeated assessments of psychiatrists during the presidentship of Donald Trump (“The Dangerous Case of Donald Trump: 37 Psychiatrists and Mental Health Experts Assess a President – Updated and Expanded with New Essays“).

I am now analyzing here the 3.200 most recent tweets using a computational pipeline created already some years ago using the following packages

The choice of words isn’t unexpected – just what is already known – with “great”, “president”, “will” and “trump” being the most frequently used words.

All tweets can be classified by sentiment scores of the words used. If we look at the total counts, three categories are being used excessively: “positive”, “negative” and “trust”.

Trust seems to be used not so much in the context of personal relationship but in the context of economics  of “deal”. As it has been speculated that he suffers of cyclothymia ( 0.4% to 1% of the U.S. population has cyclothymia) we can look also the time course of sentiments.

Variation (dispersion) is high, in particular on a daily basis, while in the absence of any normal values it is difficult to make any definite conclusions. Positive and negative emotions are not always in parallel, there are “converging situations” nearly every month where negative emotions go up and positive emotions go down indicating a more profound mood swing.

The correlation plot shows the expected decline of negative scores with increasing positive scores. Many values are outside of the 95% confidence bounds, making  the sentiment score (and even the personality) largely unpredictable.

An extended analysis including more reference accounts would be necessary for further conclusion. Nevertheless, there is evidence of  mental instability as noticed already by various expert testimonials.

There is not so much to add to man who believes in his “great and unmatched wisdom”. Frank Zappa once said “Politics is the entertainment branch of industry”.

Related posts: Online statistical analysis | Why not setting up your own server log analysis? | What is principle component analysis? | A new analysis method for blood doping | So cool: online data analysis |

We find that the effects of neighborhood size and exposure intensity are qualitatively very different depending on the type of sentiment. Generally, we find that larger numbers of opinionated neighbors inhibit the expression of sentiments. We also find that exposure to negative sentiment is contagious

Read the full paper for the tricky design – at least the results fully underpin daily life experience. It’s certainly much easier to do Twitter than Facebook studies on the other hand these rather short messages are certainly not the main channel of many great “opinionated” people.

Related posts: Too much checking on the facts has ruined many a good news story | Random medical news | Random news, oxymorons and paper generator | I have found little that is good about human beings on the whole | How to predict good research |

Some people are writing their diaries on the web (“blogs”), other are sharing photos (“flickr”), their social background (“big brother”) or are broadcasting themselves (“YouTube”); others let you trace their current location (“twitter”) or look at their desktops (“wakoopa”) or computer files (“BitTorrent”). Why is it still so difficult to run an epidemiological study with an adequate response rate? Is that excessive profiling a minority habit only?