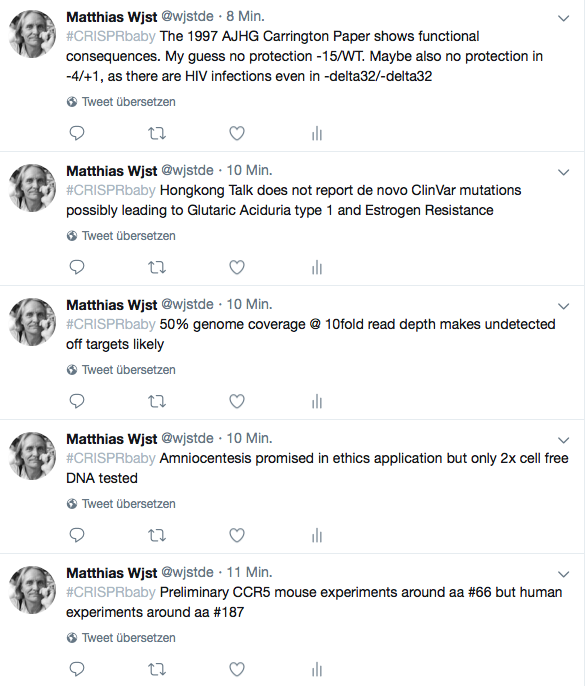 It has a well-established protective role is in West Nile virus, which is transmitted by mosquitoes and is common in Europe, Africa and the Americas. Although most people infected exhibit no symptoms, about 20% do, with some developing potentially life-threatening complications such as meningitis or encephalitis. Philip Murphy, an immunologist at the National Institute of Allergy and Infectious Diseases in Bethesda, Maryland, has done experiments that show that people without a functional CCR5 gene are four times more likely than those with the gene to develop these serious conditions2. “CCR5 deficiency is not benign,” he says… Studies have found that people with the CCR5-Δ32 are more likely to experience severe encephalitis from tick-borne diseases, and to have a severe reaction to the vaccine for yellow fever.7 “The absence of CCR5 can have severe disadvantages,” says Kaul…Mice without the gene learned to both navigate mazes and remember painful stimuli faster than rodents with the gene6. Overall, deletion of the gene improved the animals’ cognition by 30–60%, says Kevin Fox, a neuroscientist at Cardiff University, UK.